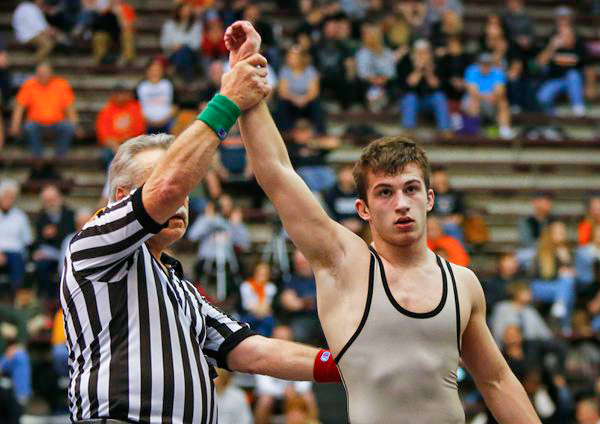 By Brad Wilson | For lehighvalleylive.com

Cole Handlovic had his eyes set on where he wanted to wrestle in college long ago.

“I was looking to go Ivy League,” said the Bethlehem Catholic two-time PIAA Class 3A place-winner, who will enter his senior year this fall.

Having kept his academics at the same high level as his wrestling, Handlovic put himself in position to achieve his goal, and did so this week when he verbally committed to Cornell.

“I was in contact with all the Ivies with wrestling programs,” said Handlovic, who took fourth place in the state at 152 pounds as a junior. “There was just something about Cornell that I liked. I like the coaches (head coach Rob Koll); I liked the campus; I liked the team. I took a visit there; and I have trained there a few times. The wrestlers made me feel like part of the team.”

The Big Red sees Handlovic as a 149- or 157-pounder, which fits in fine for the Golden Hawk.

Achieving Ivy League-level wrestling is a challenging task, which Handlovic, 86-22 on his career, has certainly done. But keeping up the academics to pass muster with demanding and difficult Ivy admissions offices can be even harder.

“At Becahi, the academics are very good, and my parents always stressed school before sports or going out and playing with my friends,” Handlovic said. “I always concentrated on school first.”

Handlovic, who picked mathematics as his favorite subject, said academic achievement has its own rewards.

“It always feels good to get a good grade on a test or a project,” he said.

Handlovic is a tough grader of his own efforts on the mat. He went 42-7 as a junior and made the state semifinals, where he lost a bitter ultimate-tiebreaker decision to Daniel Mancini of Owen J. Roberts, who went on to win the state title.

That was a title Handlovic – and many others – thought would be his, and asked about that match a steely tone comes into Handlovic’s voice.

“I am not going to let that happen again,” he said with a soft determination of intensity.

The experience, though, has taught him a lesson headed into his final scholastic season and last chance for state gold.

“The goal for me is to win states; it would be nice to win tournaments like the Ironman or the Beast of the East, but states is the goal,” Handlovic said. “I think I hyped up that state semifinal too much, made it bigger than it was. I knew I was in a good position to win the state championship if I won that match and I made it more huge than it was. It was just a match, it doesn’t determine me as an athlete, a person, or a student, none of that. I know now, mentally, I have to approach every match the same, as just another match.”

Being a Becahi senior, though, is not just another year for a wrestler such as Handlovic. There’s a leadership role to assume for a team with its usual high goals.

“I am loving every second of being a senior,” he said. “There’s no other option but to defend our (PIAA 3A) team title. We can’t go down; we have to win it; and whatever it takes from me for us to win it is what I will do.” 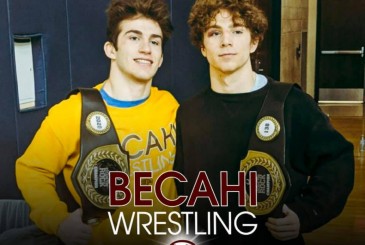 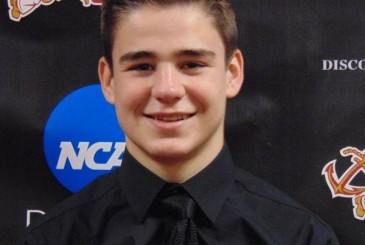 Four wins, a pair of pins, and two decisions! Nathan Lackman '19 is Rhode Island College (RIC)'s Male Athlete of The Week for his outstanding performance at the Ursinus North/South Duals wrestling...