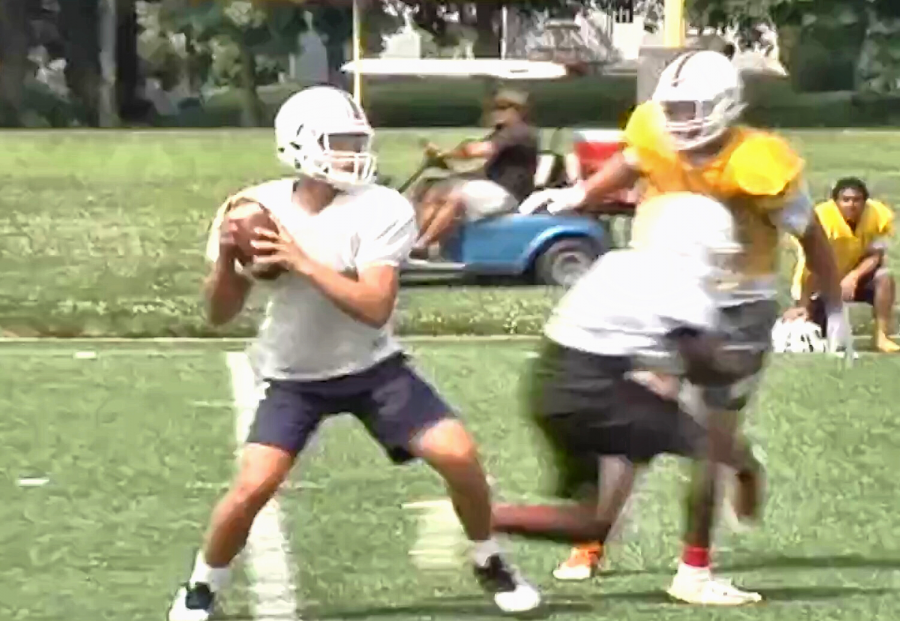 BETHLEHEM, Pa. - Bethlehem Catholic has experienced a lot of success over the last few years and hopes to keep that going into the 2019 season. As the Golden Hawks plan to keep the run going, it looks to returning rusher Tavion Banks to help lead the team.

Becahi claimed the last three District 11 titles and has gone to the last three PIAA semi-finals, but despite losing 20 seniors to graduation, the team plants to do it all over again.

The Hawks open up the season against Dieruff and Freedom in the first weeks of the season, respectively.

Thank you to WFMZ-TV 69 News for allowing us to share this article.  To view the article with video on their site go to: https://www.wfmz.com/sports/becahi-hopes-to-keep-the-run-going/1105927737

The Golden Hawks were unable to fly past the Crimson Tide on Saturday during the District 11 4A semifinals in Pottsville. Becahi was down 12 points until a minute before the end of the first half...